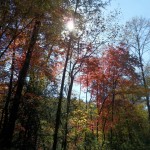 I’ve always assumed when I don’t hear from someone that “no news is good news” meaning that they are healthy and busy and haven’t had time to write. At least, I wanted that to be the grace given to me when I didn’t write.

But it’s been weeks since I posted. Most of the time was the “good news” of being happy and busy, but last week..

No news was bad news.

I had a fever that just would not leave. Just a fever,. No other symptoms. We took tests, cultures and X-rays. Finally they started me on a general antibiotic that seems to kicking it out.

But I learned several things:

So…if you don’t hear from me, don’t assume everything is well. Prod us a little to communicate, good or bad. And pray I figure out the communication piece.

Oh, and the chemo. It’s on hold until the fever is gone, probably at the end of the week. Good news is that M-proteins were down again to .3!