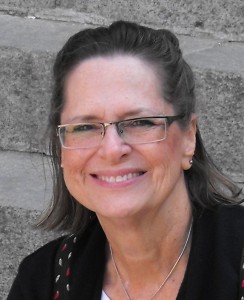 I’ve been surprised lately with the effect rules have in my life. A broken leg and then fighting cancer have forced adjustments the last couple of years, but as I think about “forward,” I’m realizing the deeper role they have played.

But then, rules begat rules. If I took a nap late in the afternoon, I couldn’t fall asleep at night. So…the rule became, take a nap by 3 pm. And as I began to walk again, I made a “rule” that I could work on the laundry, just not carry it up and down the stairs. I began to see how the Pharisees got into their legalism!

Rules then became subconscious. I became tired mid-afternoon, whether or not I needed a nap. I didn’t try to carry laundry even when I was able to walk stairs. I was limiting myself without realizing I was doing it.

And I think I made a “rule” not to expect to move forward. Maintaining status quo was hard enough. In fact, just not dying felt pretty good.

So right now I’m feeling like a train who just realized it’s not moving. It’s all coupled up to freight cars, but not going anywhere. Between not remembering what it is like to move (what comes first, second, etc.) it’s not sure it should move (is it on the schedule to move? What track should it be on? What is the destination? Should I toot the horn or not?)

So I have a choice…to stay where I am or to move forward. There is risk involved. I might fail. It takes effort to do what use to come naturally.

“For freedom Christ has set us free; stand firm therefore, and do not submit again to a yoke of slavery.”

I know what it is like to be enslaved to sin and freed. Our physical frailties also enslave us. They can be healed and we can be freed again. Emotional fears can be even stronger than physical limitations, but it’s as I exercise my muscles in faith, I can feel His strength.

What rules have you made that limits your moving forward? What are you going to do about it?